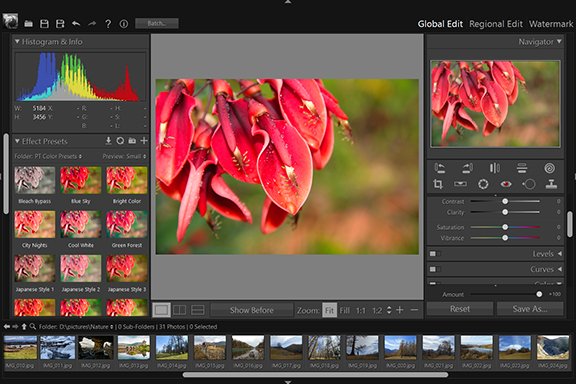 The Curves Tool is used to improve color tones in a photo by adjusting highlights, midtones, and shadows in each color channel. For example, this tool can fix photos with silhouetted images resulting from strong backlighting, or slightly washed-out objects that were too close to the camera’s flash.

In the Curves adjustment, you adjust points throughout an image’s tonal range. The graph in the Curves panel represents changes made to the tonal scale of a photo. The horizontal axis represents the original tone values (input values), with black on the left and progressively lighter values toward the right. The vertical axis represents the changed tone values (output values), with black on the bottom and lighter values progressing to white at the top.

To make color tone adjustments with the Curves, do as following: